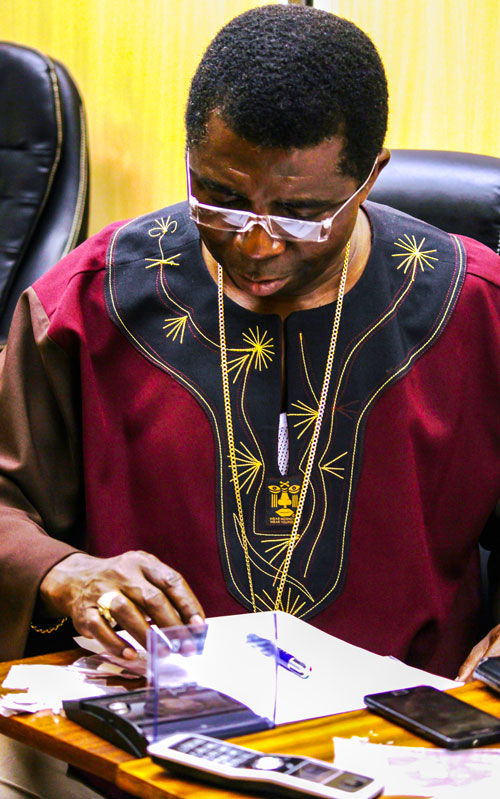 The Goldman was founded by Tony Wagbafor, who started from humble beginnings as an informal
trader on Cape Town Station Deck and the well-known market place, the Grand Parade. He officially launched his first shop in 1997 and the business has grown over the years.

The Goldman won the Telkom Small Business Award in 2013 due to the exceptional service that we offer to every client that walks through our doors.

With the rapidly evolving markets, The Goldman merged and took over Under the Clock, expanding its retail outlets. Including Under the Clock, the Gold Man has three branches. Two are located in Cape Town CBD and one in Mitchells Plain.

We use Postnet courier services (One to two days delivery and signature required).

If we need to order an item then delivery may take 1-2 weeks depending on the item/s
If an item is bespoke and therefore made to order then please allow 2-4 weeks for delivery
Please note that the customer must pay the postage costs for any returned items and it is recommended that they use Postnet courier services when doing so.

These terms apply to deliveries to or within South Africa. Please contact us if you require delivery outside of South Africa.

The Goldman offers a 7-day money-back guarantee if you are not 100% satisfied with the product you receive. Once goods are returned in an as sold condition, this will be a full refund to the value of the goods purchased. The 14 days only starts from the date the item has been received by the customer. If your order consists of multiple items, the 7 days run from when you get the last of the batch. This 7 day period is the time you have to decide whether to cancel, you then have a further 7 days to actually send the goods back. This guarantee is valid when purchases are made online as It does not apply to an item that has been specifically made to your order although nothing contained in this policy affect any of your statutory rights as a consumer for all goods purchased from us, online, over the phone or in-store. Due to Health & Safety, we are unable to accept returns for earrings unless they are faulty. The Goldman has the right to update all these terms if necessary at any time and without notice.